Words, Culture and Heritage for All

We are delight to bring you some of our planned talks online to help you through these difficult times.

If you have missed any of our online talks or want to watch them again go to our CATCH UP page.

HOW YOU CAN HELP

MiliM is non-profit making and run entirely by volunteers, we are proud to be able to offer an exciting programme of webinars during the Covid-19 crisis.

To be able to do this, we do need help to replace event revenue we have lost this year.

Every penny helps, goes directly towards events and we are very grateful for your contribution.

Artists Under Fire: The BDS War against Celebrities, Jews, and Israel

Set in the world of entertainment, Artists Under Fire helps the reader understand the connection between antizionism and rising global antisemitism and explains how the cultural boycott campaign against Israel is impacting artists, audiences, Israel, and Jews everywhere.

Lana Melman, the CEO of Liberate Art Inc, has been a leading expert in fighting the cultural boycott campaign against Israel since 2011. Lana has worked with the representatives of over a thousand artists targeted by BDS, including Alicia Keys, Cyndi Lauper, and Pitbull. An attorney and 20-year veteran of the entertainment industry, Lana’s previous career included serving in both business and creative capacities at CBS, Warner Bros., and Paramount Television and as a writer/producer. Beitar Jerusalem: the rise and fall of the most political football club in the world

Beitar, proclaimed by some of its own fans as ‘The most racist club in the country’ is a club like no other in Israel. While Israeli football as a whole is a space where Israelis of all ethnicities and foreigners can co-exist, Beitar wouldn’t even sign a Muslim player for many years for fear of its own far-right supporters’ group, La Familia. On the Border is the fascinating tale of a club that began as a sports movement of a liberal national Zionism party and became an overt symbol of right-wing views, Mizrahi identity and eventually hardcore racism and nationalism. The book explores the radicalisation of Beitar and the fight for the soul of the club between the racists and open-minded fans. It is also a story of Jerusalem, one of the most volatile places on earth, and how the holy city and the influence of religion have shaped Beitar.
Shaul Adar is an acclaimed Israeli journalist and an expert on Israeli football. He writes for The Blizzard, When Saturday Comes and 11 Freunde among other football publications. This is his third book.
Twitter: @ShaulAdar 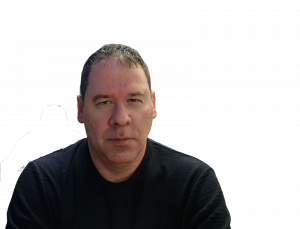 The English GI: World War II graphic memoir of a Yorkshire schoolboy’s adventures in the United States and Europe

Bernard Sandler came from a close knit Jewish family in Chapel Allerton, Leeds. During the Summer of 1939, the Leeds Grammar School boy went on a school trip to the United States. All of a sudden, Britain declared War, and he was unable to come home. His grandson has turned his memoir into a graphic novel depicting his whole experience, from young schoolboy alone in the vast metropolis of New York – through to him being called up to the US Army. Bernard was ultimately sent back to Europe, serving in the brutal Lorraine Campaign, in France, in late 1944 under Patton’s Third Army.
Jonathan Sandler works as a Project Manager for a US software company. He has always had a passion for graphic novels and this is his first book. Jonathan and his wife live in Golders Green with their three young children and are active members of Dunstan Road Synagogue. 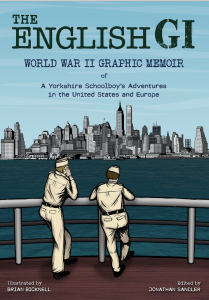 The Last Train A Familv History of the Final Solution

Peter Bradley was the Labour MP for The Wrekin between 1997 and 2005. More recently, he co-founded and directed Speakers’ Corner Trust, a charity which promotes freedom of expression, open debate and active citizen-ship in the UK and developing democracies. He has written, usually on politics, for a wide range of publications, including The Times, the Guardian, the Independent, the New Statesman and the New European.

His book, The Last Train – A Family History of the Final Solution, was published in May by Harper North. 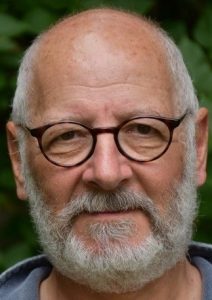 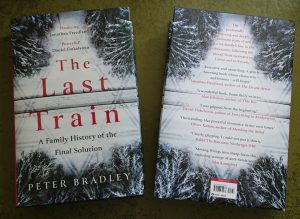 Milim acknowledges the support given by

MiliM is a partner in  and contributes to